1972 Louis Fleischauer was born and raised in Leipzig. In Eastern Germany being different was not acceptable, thus Louis had frequently to deal with harassment by the authorities, including the “Stasi”. After the Fall of the Wall he moved to Berlin into a squad (occupied house) and started working with leather and experimenting with sounds and Body Art Rituals. Witnessing some intense riots in Berlin in 1991 planted a seed for the energy Louis creates now with his performance project.

1998 was the first time Louis used his body as sound-source with the help of hooks.

2016 Featured at the Museum of City History (Stadtgeschichtliches Museum Leipzig) 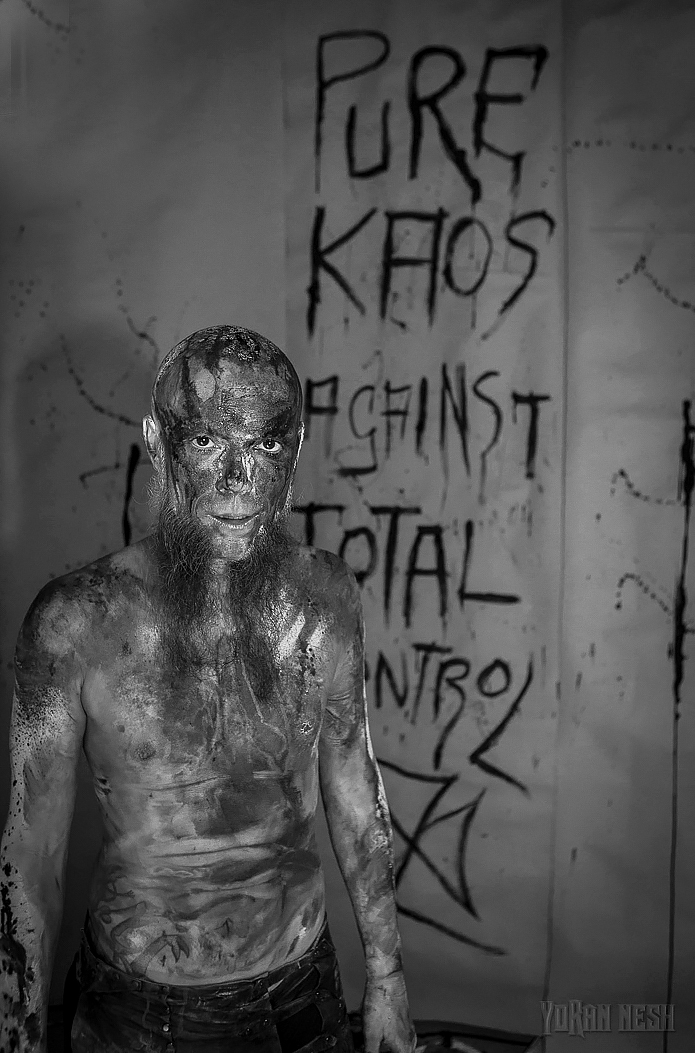 The Artist 5 min after the XX AMF Ritual at Greenhause Artspace, Berlin

By continuing to use the site, you agree to the use of cookies. more information